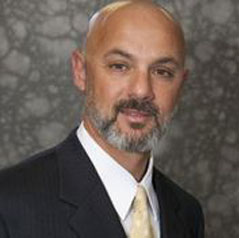 Ed started his career in health care as a paramedic in 1994, working for an ambulance company and in the Emergency Department of Children’s Memorial Medical Center.

After graduating from UIC in 2000, he participated in research on pediatric injury prevention at Children’s Hospital. Ed later went on to pursue career in nursing, and in 2003, graduated from Loyola University as an RN/BSN and began working in Surgical Intensive Care unit at Rush North Shore Medical Center. In 2003 Ed joined US Army Nurse corps. Advancing his career further, he later began training at Rush University Nurse Anesthesia program graduating with Master’s Degree in Nursing in 2008. Since then he had been working with TSA.

Ed had been deployed to Afghanistan in 2009 and 2011 to provide all facets of anesthesia care in austere environment to our wounded military personnel, our NATO allies and local population. Ed is fluent in Russian and Hebrew.